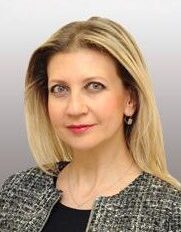 Müge Yemişçi Özkan, who graduated from Hacettepe Faculty of Medicine in 1994, completed her neurology residency in 2002 and neuroscience doctorate program in 2006 at Hacettepe Faculty of Medicine. She did his post-doctoral studies at the Harvard Stroke Service and Neurovascular Research Laboratory for over a year. Yemişçi Özkan's main work areas are ischemic stroke, drug delivery systems targeted to the brain, neuroprotection, neuroinflammation, growth factors, neurodegeneration and migraine. As of February 2021, according to Web of Science data, she has more than 50 publications in many international journals, including prestigious journals such as Nature Medicine and Nature Nanotechnology. These publications have been cited over 2500 and have a 21 h-index (Google Scholar). With her work, she has been deemed worthy of many awards such as Dr. Nejat Eczacıbaşı Encouragement Award (2011), L'Oréal Turkey's Young Scientific Women Project Support Award (2010), Hacettepe University Contribution to Science Award (2016), Brain Research Association Best Publication Award (2006, 2010), and Brain Research Project Support Program Award (2001, 2004) which is organized by the TUBITAK and Brain Research Society cooperation. She is the "Review Editor" in Frontiers in Cellular Neuroscience - Cellular Neuropathology and Frontiers in Neurology - Headache and Neurogenic Pain. She is working as an assistant editor and referee in the journal of Neurological Sciences and Neurophysiology (SCI-E)and she worked as an invited panelist in European Research Area Network (ERA-Net) projects for 3 years. As of February 2021, she has performed more than 30 TUBITAK Panelist / Foreign Consultant duties. She was appointed as a member of the Call Program Advisory Board in 2020 by the TÜBİTAK ARDEB Health Sciences Research Support Group. Since July 2020, she has been working as a senior committee member in Hacettepe University Scientific Research Projects (BAP) Coordination Unit. She is the founding member and moderator of the Translational Neuroscience Working Group of the Turkish Neurology Association and also the European Academy of Neurology (EAN) Neuroscience / Translational Scientific Panel. Dr. Yemişçi Özkan has been working as a professor at Hacettepe University Institute of Neurological Sciences and Psychiatry and Faculty of Medicine, Department of Neurology since 2015. She will be with us on Sunday, May 30th.